It is unclear what prompted Twitter’s abrupt censorship 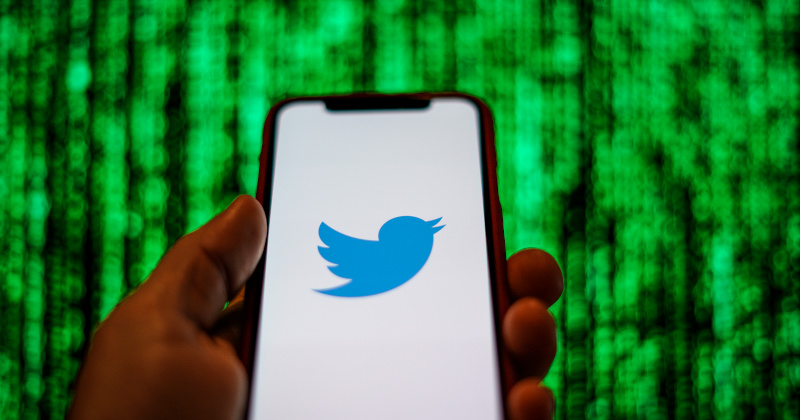 First it was Facebook, then all of New Zealand; now Twitter has decided to suspend Zero Hedge.

Just as in the prior bans, which were eventually overturned, so in this case it is unclear what prompted Twitter’s abrupt censorship: the only notification we received from twitter was the following: 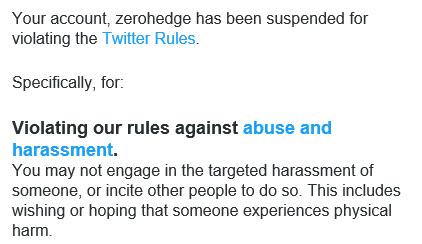 It is news to us that this website has (ever) “engaged in the targeted harassment of someone.”

What appears to have happened is that twitter received a complaint from the website best known for publishing the discredited Steele dossier when no other media outlet would touch it, and making cat slideshows of course, Buzzfeed, in which someone called Ryan Broderick writes that Zero Hedge “has released the personal information of a scientist from Wuhan, China, falsely accusing them of creating the coronavirus as a bioweapon, in a plot it said is the real-life version of the video game Resident Evil.”

At the end of an article that included the scientist’s name, photo, email, and a phone number, ZeroHedge told their readers they “should probably pay [the Chinese scientist] a visit.”https://t.co/B3XXRCjJpQ