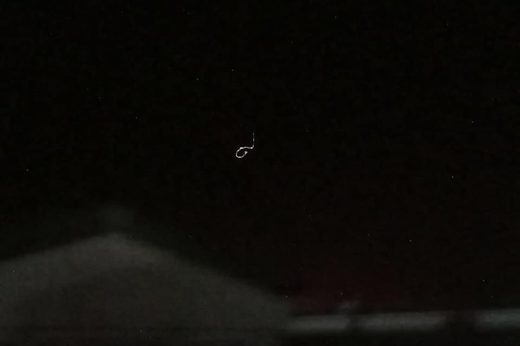 A man couldn’t believe his eyes when he spotted a mysterious bright light in the sky on the Lincolnshire coast.

Gary Couldwell was outside his caravan in Ingoldmells having a cigarette at around 7.15pm yesterday, Thursday, October 3.

When he looked up, he saw a strange light hovering above Bibby’s bar on the promenade – and quickly called to his wife Janet who was inside.

“I shouted at my wife to get my phone out the caravan as I didn’t have it,” he said.

“She came out with the phone and I zoomed in on it using night vision. Then, it did a loop and shot up into the sky and dissapeared.”

Mr Couldwell, 61, says that neither he or his wife have any idea what it could have been and that the lens on his phone was completely clean at the time.

Mr Couldwell continued: “It was so weird. At first I thought it was a lantern, but the way it moved in the sky I don’t think it could have been.”

“It just stayed in that position for such a long time before shooting up so quickly. I don’t believe in any of that, really. I’m a doubter. But after this, seeing it with my own eyes – I’d say I’m in between.”

He posted the picture on Facebook and the pictures left many shocked and wondering what it could be.

Another said: “I’ve seen lights before as well – no-one believed me.”

“Odd lights have been spotted before this way,” someone else commented. 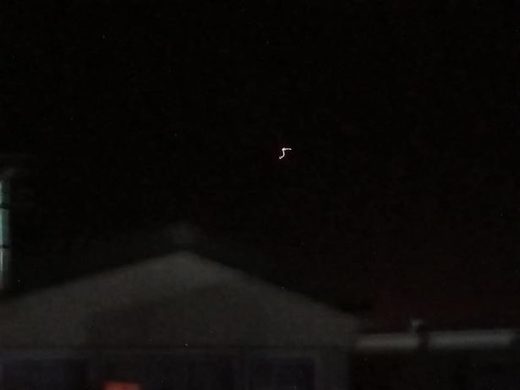 One Facebook user said: “Love seeing strange stuff in the sky. Always sit out at night and have a good luck when I’m at the van.

“Never managed to get a camera ready like you though.”

“I believe in UFOs and that looks well weird,” someone else said.