Fast radio bursts are getting more attention from scientists, who can now detect more of them. 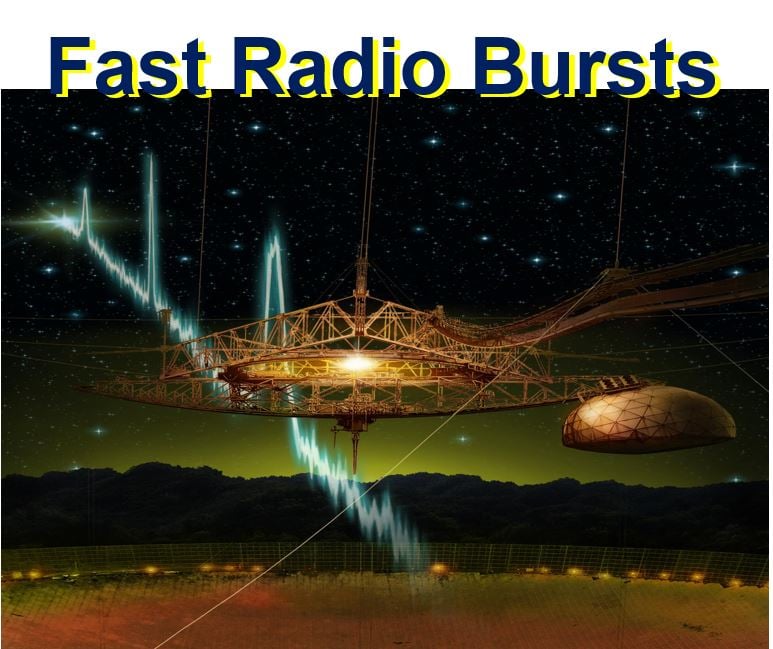 Scientists suddenly have a whole lot more data on one of the strangest and most recent mysteries in the cosmos, so-called fast radio bursts (FRBs). First discovered in 2007, these fleeting blasts of radio waves originate thousands, millions or even billions of light years from Earth.

FRBs have influenced the design of new radio telescopes like the Canadian Hydrogen Intensity Mapping Experiment (CHIME). And now a team of Canadian and American researchers using CHIME has reported a major new set of FRB detections that could fine-tune our understanding of where these enigmatic signals come from and what produces them.

“Repeating FRBs are highly valuable from an observational perspective since their repeating nature make them better candidates for localizing their host galaxies and multi-wavelength follow-up observations that can help determine if FRBs emit at wavelengths other than radio,” said Ryan McKinven, one of the researchers who is based at the University of Toronto and co-author of a paper about the FRBs.

Those follow-up observations could provide details about the origins of the strange bursts, he added. A larger sample size of repeating FRBs to study could also help scientists answer one of the obvious questions about non-repeating FRBs: Could they actually be repeating FRBs that just haven’t been recorded as repeating yet?

While dozens of FRBs have been detected and cataloged over the past 12 years, few of those deep space signals had been known to repeat themselves. Two have been documented so far in published, peer-reviewed journals. Two others — one via a Russian radio telescope, the other via Australia — have been reported but not yet reviewed.

So with this batch of bursts, the number of reported repeaters has tripled — from four to 12.

The team laid out its findings in a draft paper that’s been submitted to the Astrophysical Journal and was posted this month on the Arxiv pre-print site.

“Discovering different types of FRBs at an unexpected rate, we will soon open new windows into understanding the cosmological origin of these high-energy astrophysical phenomena,” said co-author Masoud Rafiei-Ravandi of the Perimeter Institute for Theoretical Physics.

In addition to the sheer number of repeating FRBs discovered in one haul, one of the newfound repeaters appears to be much closer to Earth than the handful of fast radio bursts that have been traced back to a source galaxy. So far, traceable FRBs seem to come from sources on the other side of the universe — we’re talking billions of light years away.

However, in the new paper, the authors suggest that one of the repeating FRBs could actually originate near the edge of our own Milky Way galaxy but caution that more study is needed to better localize the signal.

“Knowing that we are observing every patch of sky visible to CHIME once every day, it was only a matter of time before we detected a very nearby source,” co-author Pragya Chawla of McGill University said.

Studying relatively nearby FRBs will hopefully allow scientists to get a better idea of just what the heck is throwing off these signals, which could be anything from far-fetched notions like alien starships to the less fantastic but literally more powerful sources, like neutron stars.