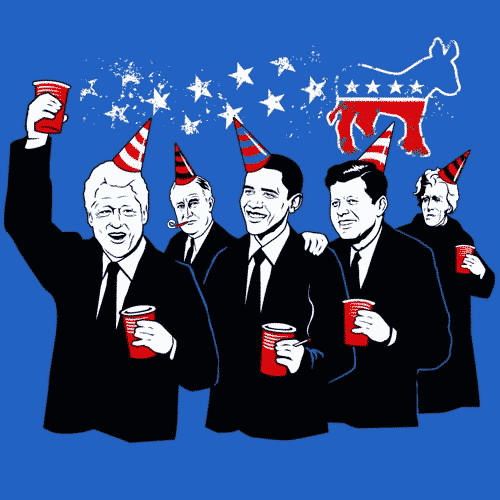 What makes up the American Left?  It is not a homogenous entity but an amalgamation of various factions now overwhelmingly dominated by its smallest and most radical element, the avowed Marxist/socialists.  However, the largest group and underpinning of the movement are the credulous, patronizing and narcissistic liberals who in their naiveté believe that the enemy of my enemy, conservatives and Judeo-Christian values, are their friends.  Yet those friends now control the Democratic Party and are feverishly attempting to transform this nation into a socialist “paradise” which will devour their liberal elite allies.

I first became aware of this incestuous relationship 56 years ago when much to my dismay, I discovered that there was a growing faction within the country that mirrored the beliefs and utilized the tactics of those responsible for the near destruction of the continent of Europe.

On August 28, 1963, as a college student in Washington D.C., I participated in the March on Washington for Jobs and Freedom, the highlight of which was the “I Have a Dream” speech by Martin Luther King.  Thereafter and for a couple of years I became involved in the civil rights movement working to assure freedom, equality and voting rights for African Americans.

During this period, I noticed that the vast majority of the volunteers fell into three categories insofar as their motivation to participate in the movement.  The first, and most active, were the hard-core leftists who viewed the blacks as masses foot soldiers and a gullible constituency to be recruited to aid in overturning the government and establishing a socialist Nirvana.  The second, and largest faction, were those who viewed African Americans as a population to be pitied, patted on the head and made dependent mascots so these pompous narcissists could wallow in their self-righteousness.  The third, and by far the smallest category of activists, were there solely out of respect for the humanity of their fellow citizens by attempting to right the civil and political wrongs perpetrated against them.

My involvement in the movement ended when it became clear that the cause had been hijacked by the radical Left, obliviously aided and abetted by patronizing liberals and their supercilious mindset as both shared one common trait: a disdain for those considered to be inferior.  Historically, this combination of factions has led to the ascendancy of autocrats in countries such as Italy and Germany who, once in power, subsumed their elitist allies.

The current American mélange of activists and narcissists that began its ascendancy in the Civil Rights Movement and Vietnam War protests of the 1960’s is now the dominant force in the nation’s culture, education and governing class, with the radical element exercising de facto control of a major political party.

After eight years of Barack Obama, the liberal elites viewed the ultimate objective of assuming near permanent governmental power as being inevitable and within reach. Thus, their condescension now extends beyond the African American community to the Hispanic populace, and their overt disdain for vast swaths of citizens routinely described as “deplorable,” “benighted,” and “uncouth” is no longer hidden.  However, their erstwhile allies, the socialist radicals, viewed the eight years of Barack Obama as the prelude to their ultimate objective of permanently transforming America being inevitable and within reach.

The transformation the socialist radicals seek will subsume their liberal allies, as there is no room in the structure the socialists are building for the elites and their wealth, as well as their unfettered and hedonistic lifestyles.  While some are waking up to this reality the vast swath of those self-described progressives and liberals are oblivious.  Thus, the socialist radicals have power far beyond their numbers.

This reality is now being played out in the ongoing Impeachment Follies in the House of Representatives and on the campaign trail wherein 20+ candidates are vying for the Democratic presidential nomination.

The election of Donald Trump, while a major setback for the ambitions of the liberal elites, is an ominous threat to the socialist radicals.  The constant vilification and determination to remove him by any means possible, regardless of how inane, stems from not from the elitist wing of the party but from the radical.  Yet the so-called moderates, by comparison, are too cowed to stop not only the daily defamation but the incessant drumbeat for impeachment that will almost certainly guarantee the re-election of Donald Trump in 2020.

Meanwhile, on the Democratic presidential campaign trail, virtually all policy discussions revolve around unpopular radical socialist dogma.  The primary variation is the timetable to achieve these transformative policies.  Those that might ordinarily be more moderate or liberal are roundly criticized if they stray too far away from socialist dogma and thus stand virtually no chance of winning the nomination.

Trepidation is now creeping into the higher reaches of the liberal establishment wing of the Democratic Party as they look across a barren landscape of potential nominees and an impotent congressional caucus.   However, they are essentially powerless, having ceded their dominance of the Party to their radical allies over the past six decades.  Allies who now dominate academia and entertainment turning out armies of mind-numbed activists.  It is too late for the Party to turn back toward any semblance of moderation.  If the Democrats were to win the presidency and control both house of Congress in 2020, the tension between the two factions would result in an implosion of the movement and party.

In an ironic turn of events, a landslide victory in 2020 by Donald Trump and the Republicans in Congress is the single event that could be the impetus for the Democratic Party to recover any sense of moderation, assuming the liberals or so-called moderates have the intestinal fortitude to use that outcome to divorce themselves from their long-term incestuous bed partner, the radical Left.  A highly unlikely possibility as there would be excessive political bloodshed that the elites would be too squeamish to confront.

Meanwhile, the Republican Party and conservatives must follow the example set by President Trump in order to permanently relegate the American Left to the ash heap of history.  Donald Trump uniquely can relate to and communicate with those in flyover country or the urban centers regardless of ethnicity, education or income.  He is able to do this because he is incapable of being anyone other than himself, and he truly has an affection for this nation and its people.   African Americans, Hispanics and blue-collar whites, who for so long have been either denigrated, mocked or patronized, instinctively know sincerity when they see it and are tired of being pawns in the quest for unfettered power and ego-gratification by the Left and the liberal elites.

The Republican Party has the once in a lifetime political opportunity to change its perception and become the party of the working classes and to remain in power well into the future.  All thanks to the myopia, narcissism and superciliousness of the liberal elites over the past six decades.