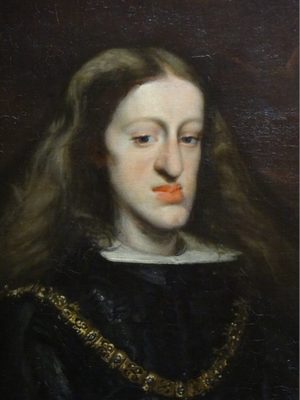 King Charles II of Spain was the last in the Habsburg line and one of the most afflicted with the facial deformity.

The “Habsburg jaw”, a facial condition of the Habsburg dynasty of Spanish and Austrian kings and their wives, can be attributed to inbreeding, according to new results published in the Annals of Human Biology.

The new study combined diagnosis of facial deformities using historical portraits with genetic analysis of the degree of relatedness to determine whether there was a direct link. The researchers also investigated the genetic basis of the relationship.

Generations of intermarriage secured the family’s influence across a European empire including Spain and Austria for more than 200 years but led to its demise when the final Habsburg monarch was unable to produce an heir. However, until now no studies have confirmed whether the distinct chin known as “Habsburg jaw” was a result of inbreeding. 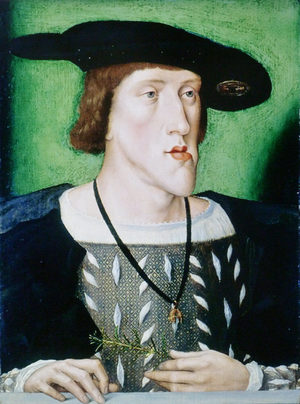 “The Habsburg dynasty was one of the most influential in Europe, but became renowned for inbreeding, which was its eventual downfall. We show for the first time that there is a clear positive relationship between inbreeding and appearance of the Habsburg jaw,” says lead researcher Professor Roman Vilas from the University of Santiago de Compostela.

The researchers recruited 10 maxillofacial surgeons to diagnose facial deformity in 66 portraits of 15 members of the Habsburg dynasty. Despite differences in artistic style, the portraits are characterised by a realistic approach to the human face. The surgeons were asked to diagnose 11 features of mandibular prognathism, otherwise known as “Habsburg jaw”, as well as seven features of maxillary deficiency, the most recognisable of which are a prominent lower lip and an overhanging nasal tip.

The portraits, which can be viewed online, are preserved by some of the most important art museums in the world, including the Kunsthistorisches Museum in Vienna and the Prado Museum in Madrid.

The surgeons gave scores for the degree of mandibular prognathism and maxillary deficiency in each member of the Habsburg family. Mary of Burgundy, who married into the family in 1477, showed the least degree of both traits. Mandibular prognathism was most pronounced in Philip IV, King of Spain and Portugal from 1621 to 1640. Maxillary deficiency was diagnosed to the greatest degree in five members of the family: Maximilian I (regent from 1493), his daughter Margaret of Austria, his nephew Charles I of Spain, Charles’ great-grandson Philip IV and the last in the Habsburg line, Charles II. 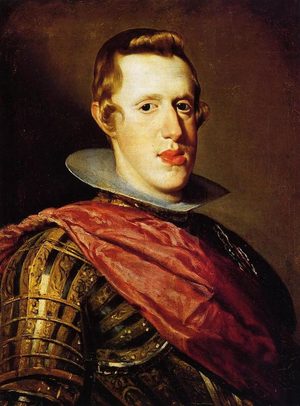 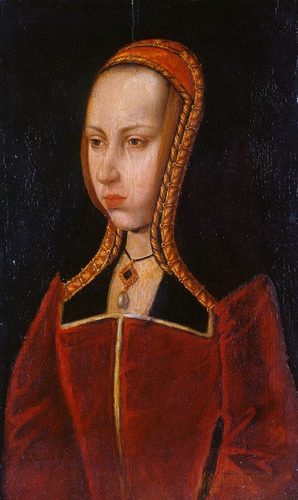 Maxillary deficiency in Margaret of Austria

The study authors detected a correlation between the two conditions, suggesting that “Habsburg jaw” is in fact characterised by them both and that they share a common genetic basis. The extent of inbreeding was calculated from a large-scale family tree, including more than 6,000 individuals belonging to more than 20 generations. Analysis was carried out to determine if it was connected to the degree of facial deformity. The researchers detected a strong relationship between the degree of inbreeding and the degree of mandibular prognathism. The relationship to maxillary deficiency was also positive, but it was only statistically significant in two of the seven features diagnosed.

The causes of the relationship between inbreeding and facial deformity remain unclear, but the authors suggest it’s because the main effect of mating between relatives is an increase in the chances of offspring inheriting identical forms of a gene from both parents, known as genetic homozygosity. This reduces people’s genetic fitness, so “Habsburg jaw” should be considered a recessive condition.

However, the authors note that the study involves only a small number of individuals so it’s possible that the prevalence of Habsburg jaw is due to the chance appearance of traits, or genetic drift. They suggest this scenario is unlikely, but can’t rule it out.

“While our study is based on historical figures, inbreeding is still common in some geographical regions and among some religious and ethnic groups, so it’s important today to investigate the effects,” says Vilas. “The Habsburg dynasty serves as a kind of human laboratory for researchers to do so, because the range of inbreeding is so high.”