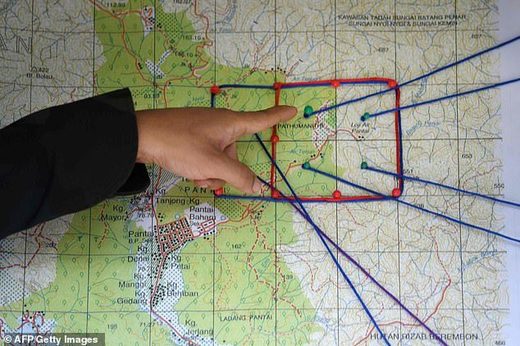 Details concerning the discovery of the body of missing Irish-French teenager in the Malaysian jungle on August 13th point to it being another ‘Missing 411’ case.

15-year-old Nora Quoirin was on holiday in Malaysia with her two younger siblings and their parents, staying at the Dusun eco-resort in Negeri Sembilan state.

Situated at a trailhead on the west side of the Berembun Forest Reserve, the resort is a mere 35kms as the crow flies from Kuala Lumpur International Airport, but is nonetheless surrounded by dense rainforest. 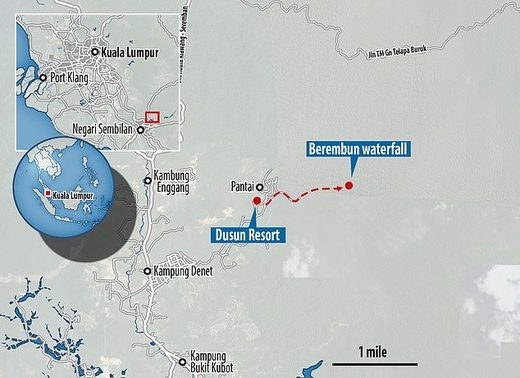 The Quoirin family had arrived there on August 4th, checked-in to their villa at the resort, then Nora was noticed missing by her father at 8am the next morning when he discovered she was not in her room and that the window was open.

As search-and-rescue (SAR) teams began looking for her, Malaysian officials’ working theory was that she had left the bedroom at some point in the early hours, wandered off and become lost. But Nora was born with the brain defect holoprosencephaly, an unusual condition in which the forebrain is not fully divided into left and right hemispheres.

Nora’s medical condition meant that she was highly dependent on full-time care and, as her mother insists, “would not have wandered off on her own.” Her siblings, who were sleeping in the same room as her, did not notice her leave, and CCTV cameras at the resort did not capture her leaving. Even if she had been motivated to do so, it’s unlikely Nora could physically negotiate the rigors of leaving the resort and trekking through steep, dense jungle. For these reasons, her parents insisted that local investigating authorities consider that she had been abducted.

Police are keeping an open mind about a criminal angle, but they have reported that:

there was no sign of any intruder entering the property. They did not find any footprints inside the villa or forensic evidence to suggest an unknown person was inside. The entire area around the villa where the family were staying is covered with soggy vegetation and the single-track road leading to the resort is covered with mud.

Had someone entered through the window and climbed a flight of stairs to an upstairs bedroom where Nora was sleeping, it is assumed there would have been traces of mud on the floor. It is because of the lack of evidence of any crime that police treated the case as primarily that of a missing person.

In any event, multiple SAR teams searched the area, as far as 4kms away from the resort, for 9 days until she was found on the 13th. By then over 350 people had been involved in intensive searches of the surrounding jungle and the nearby river, using helicopters with thermal detectors, drones, sniffer dogs, and even local shamans. The spot where she was found is described as “particularly inaccessible” by the local police chief.

The distance between the resort where Nora was last seen, and where her body was found 9 days later

At one point in their search, they found footprints, but they didn’t lead to her. They deployed cadaver dogs, but those didn’t pick up her scent. They even had her mother, Meabh Quoirin, record messages that were played on bullhorns as SAR teams trekked through the jungle:
Bizarrely, they found Nora’s body next to the Lata Berembun waterfall, which is located 1.6 miles (2kms) from her villa. What’s more, she was found at a site that had already been searched. It’s not that they missed her the first time; her body was naked and it wasn’t obscured by canopy or other vegetation. It was just… not there – and then several days later, just lying there. 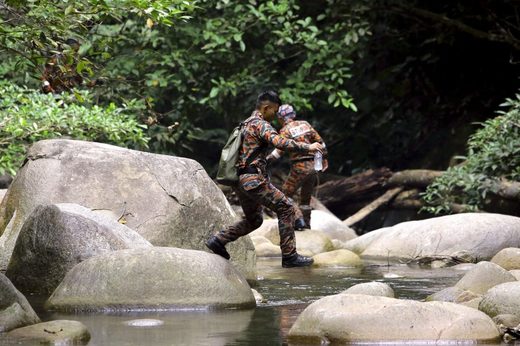 Trekkers searching for Nora. We don’t know how close they are to the ultimate location, but if those boulders are any indication, Nora was likely surrounded by them. Large boulders and boulder fields are a common profile point in Missing 411 cases…

Here’s drone footage of the jungle Nora Quoirin – a 15-year-old from London, England, with a pronounced disability – would have had to trek through to somehow end up at that waterfall:
The location is so remote, her body had to be extracted by helicopter. While she presumably would not have been wearing much more than pajamas or underwear, no clothing or personal items have so far been found. Sean Yeap, who was part of the 25-man SAR team that made the shocking discovery, reported that as they approached her:

“It looked like she was sleeping. Her head was resting on her hands. But we all knew she was dead. It was very sad and two women in the group did not want to come close and they started crying.”

A post-mortem carried out on the body by a senior pathologist from Kuala Lumpur was initially judged “inconclusive” as to the cause of death. They’re now saying she “probably died of stress and starvation,” but have so far ruled out “violence, abduction or kidnapping,” and have found “no evidence of foul play for the time being”, although tests are still ongoing. 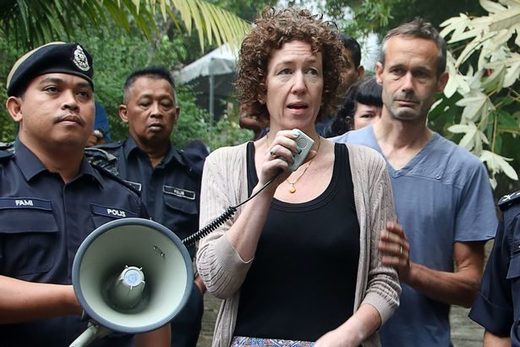 This must be very sad and traumatic for the family. Unfortunately, such sudden and unexplained disappearances happen all too often.

This case has pretty much all of the profile points seen in Missing 411 cases. These are sets of missing person cases that have been re-investigated and catalogued by retired California police detective David Paulides in his Missing 411 series of books. While his books primarily focus on cases in North America, the author notes that such incidents take place around the world.

Sometimes people vanish without a trace; sometimes they are found, but what these cases typically have in common are several or more profile points from among a set of strange but strikingly similar circumstances:

In fact, the only Missing 411 profile points this case does not (as yet) meet are:

Perhaps researchers in or familiar with Malaysia can clarify these latter points.

I should mention that the specific detail in Nora Quoirin’s case which spurred me to take a closer look was the description of her having been found naked beside water, looking as if she was sleeping. This description matches one of the female cases featured in Paulides’ recent documentary, Missing 411: The Hunted.

In fact, one subset of cases Paulides catalogues in North America is missing hunters, who are typically armed, healthy men, very familiar with the outdoors, and even the specific location they disappeared from. So it can happen to anyone, but the best – and perhaps the only – defense against something like this happening to you or someone you know is awareness of the phenomenon… 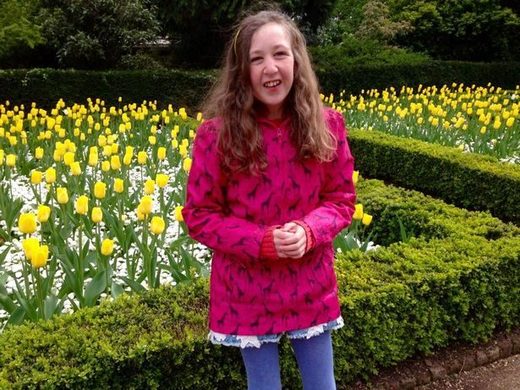 In the meantime, we can only wish the Quoirin family well as they grieve their daughter, and encourage readers to familiarize themselves with the phenomenon of mysterious disappearances. Source