House Intelligence Chairman Adam Schiff (D-CA) transmitted new evidence at the 11th hour to the House Judiciary that will be included as official record given to the Senate for the impeachment trial.

The material also includes a May 2019 letter from Trump’s personal lawyer Rudy Giuliani to Ukrainian President Volodymyr Zelensky where he requests a meeting to discuss the Bidens.

Schiff sent a letter to House Judiciary Chairman Jerrold Nadler informing him that the evidence is on two flash drives.

The Democrats will certainly use this new ‘evidence’ to argue they need to call in more witnesses during the Senate impeachment trial. 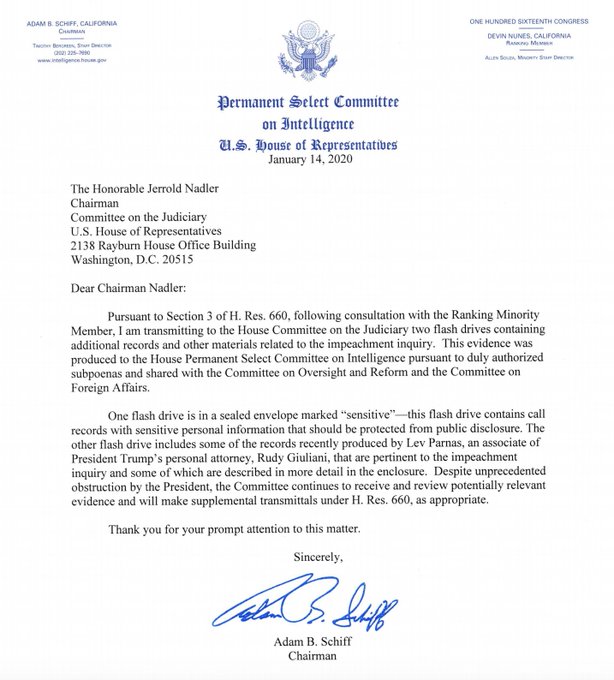 One piece of evidence is a handwritten note from Lev Parnas.

No joke, the note was written on Ritz Carlton stationary (screenshot below) and it said, “Get Zelensky to announce that the Biden case will be investigated” — coincidentally, the Democrats launched their bogus impeachment inquiry based on the lie that Trump pressured Zelensky to announce and investigation into the Bidens and here we are with evidence of just that with a handwritten note!