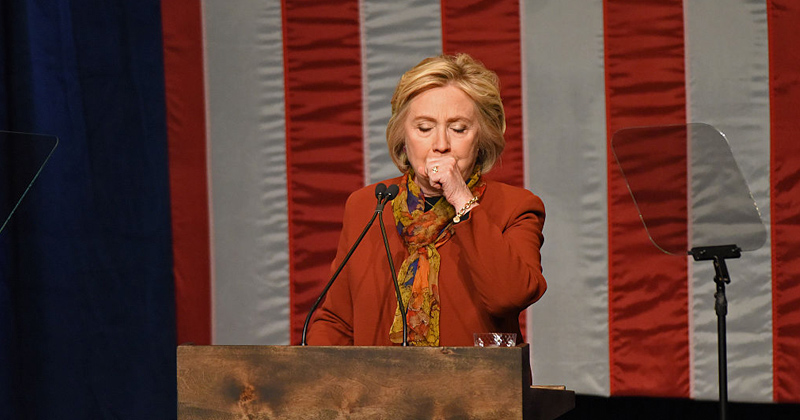 During the interview, Stern stopped what he was discussing to tell Clinton, “I feel like I need to give you a cough drop or something … you OK?” to which she responded, “I got one.”

Stern attempted to pivot the interview using the coughing fit as a segue, saying Clinton, who is expected to run for president again in 2020, couldn’t even cough on the campaign trail without people accusing her of being on death’s doorstep.

“I was dying,” Clinton joked in between coughs, adding, “I thought I would come on and cough some more.”

The croaks are reminiscent of coughing spells publicly experienced by Hillary on the 2016 campaign trail, which raised questions about her ill health, especially after a four minute long hacking fit on stage in front of a rally crowd in Cleveland, Ohio.

The media dutifully defended the Democrat candidate, claiming her coughs were caused by a pollen allergy.

Two months later, suspicions over her ill health were heightened after she collapsed and needed to be thrown into the back of a black van during a 9/11 memorial in New York City.