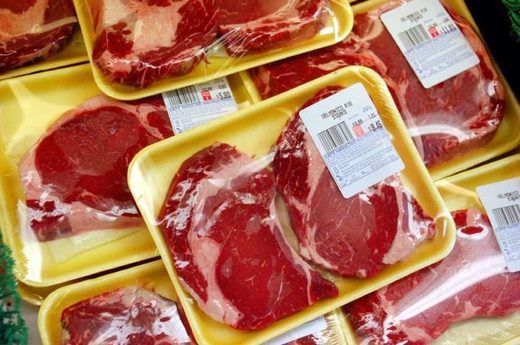 That last food flip-flop made big headlines last week. It was a “remarkable turnabout,” “jarring,” “stunning.” How, it was asked, could seemingly bedrock nutrition advice turn on a dime?

The answer is that many of the nation’s official nutrition recommendations — including the idea that red meat is a killer — have been based on a type of weak science that experts have unfortunately become accustomed to relying upon. Now that iffy science is being questioned. At stake are deeply entrenched ideas about healthy eating and trustworthy nutrition guidelines, and with many scientists invested professionally, and even financially, in the status quo, the fight over the science won’t be pretty.

Red meat is a particularly contentious topic because people have such strong objections to eating meat for a variety of reasons: the environment, animal rights and even religion (Seventh-day Adventists advise against it).

Last week’s news, however, goes a long way toward removing health effects from the list of reasons for favoring a vegetarian diet. The highly rigorous four-paper review of the science, in the prestigious Annals of Internal Medicine journal, looked at all the research examining health and red meat and concluded that only “low- or very low-certainty” evidence existed to show that this meat causes any kind of disease — not cancer, not heart disease, not Type 2 diabetes. Eating red meat isn’t killing us.

Remember that the original reason we’ve distrusted red meat is that starting in 1961, the American Heart Assn. told us to limit our consumption of saturated fat to prevent heart disease. However, recent decades have seen a reconsideration of this topic. A recent paper in the journal BMJ Evidence-Based Medicine consolidates 17 separate reviews showing these fats, whether from meat, cheese or coconut oil, have no effect on mortality. And if red meat causes disease by some mechanism other than saturated fat, no strong body of evidence has emerged to support it.

The key phrase is “strong body of evidence.” Unfortunately, our nutrition guidelines are primarily based on epidemiological studies, which generally follow a large group of people over time, asking them to self-report what they’ve eaten and then observing eventual health outcomes. These studies can demonstrate association — which has its uses — but they rarely establish causation.

The odd exception has occurred when epidemiology tips the scales in a big way, as it did with tobacco. Heavy smokers were found to have a nine to 25-fold increased risk for cancer compared with never-smokers, a difference so big that causation could be implied. Yet in nutrition epidemiology, the differing rates rarely exceed 1.5-fold, which most epidemiologists outside of nutrition consider to be non-findings.

Only clinical trials can demonstrate cause and effect because these are actual experiments. At their simplest, a group fed a diet is compared to another group of non-dieting controls. Such experiments aren’t always easy, but they’re nevertheless considered the gold standard by international systems for reviewing scientific evidence.

The red meat studies used one such review system, known as GRADE (Grading of Recommendations Assessment, Development and Evaluations). In properly prioritizing clinical trials over observational research, GRADE necessarily pushed epidemiology off its pedestal, and this caused the GRADE team of 40-plus researchers from more than 10 countries to conclude that reducing your intake of meat is very unlikely to make you healthier.

The nutrition establishment went ballistic. Even before publication of the Annals papers, 14 heavyweights in the field signed a letter demanding a preemptive “retraction” of the review. All the signers were members of a group called the True Health Initiative that advocates for a plant-based diet. Many of them recommend plant-based diets in their research papers, which rely heavily on epidemiology. Some are financially conflicted.

With so much research dependent on donors, the appearance of conflicts, or worse, isn’t uncommon. After publication of the red-meat review, it was quickly pointed out that while its primary author had no apparent conflicts related to the meat study, he had earlier accepted funding from an industry group with members like Mars and PepsiCo for a 2017 review of sugar research.

On the other side, the True Health Initiative letter signers included five epidemiologists from Harvard’s T.H. Chan School of Public Health, which in 2017-18 received hundreds of thousands of dollars from walnut and peanut industry groups; the walnut group is cited as a donor for the previous five years. At least nine Harvard papers in five years have supported the health benefits of nuts.

Whatever their possible incentives, the critics of the Annals review principally objected to its methodology. GRADE, they said, was an “ill-fitting measuring tool,” designed to evaluate drugs but not “lifestyle studies.” However, no less than the National Academies of Sciences, Engineering, and Medicine recommends GRADE as one of only a few viable methods for evaluating nutrition studies for the U.S. Dietary Guidelines.

Evaluating nutrition findings using the highest possible scientific standard is clearly a painful process, but it’s essential. If we’ve believed in a food pyramid based on a foundation of sand, it’s time to get it right, regardless of our assumptions, investments or biases. Taking the American public on a decades-long ride of “best guesses” based on weak science that are likely to be debunked by more rigorous clinical trials has not led to better health. According to government data, despite a 28% reduction in red-meat consumption in the U.S. since 1970, some 60% of Americans now suffer from at least one chronic disease in which diet is a major risk factor. The Annals review is exactly what we need: dietary cause-and-effect information based on strong science.

Nina Teicholz is the executive director of the not-for-profit Nutrition Coalition, which accepts no funds from any food industry, company or interested party. She does accept fees when she speaks to groups about diet and health. She is the author of “The Big Fat Surprise.”