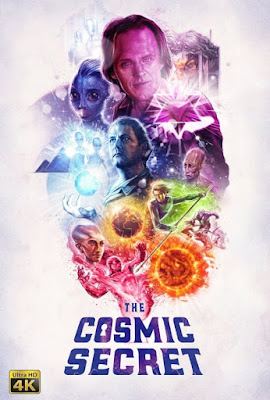 In this exciting sequel to the #1 hit documentary Above Majestic, join David Wilcock, Corey Goode, Jordan Sather and a Dream Team of top researchers, scientists, archeologists and insiders to explore your greatest questions of all:

Who are we? Why are we here? And where are we going?

Is the military-industrial complex hiding a secret space program that is of far greater magnificence than even our most optimistic future visions of a Star Trek age?

Have positive and negative ETs been battling it out on Earth for millennia, with humans caught in the middle as proxies in a far greater and more ancient conflict?

Are we heading into a solar-system wide energetic activation that will involve a massive release of transformative energy from the Sun?

Is this the fulfillment of Ascension prophecies that have appeared in thirty-five different spiritual traditions worldwide?

Could there be far more depth and complexity to the Christian concept of the Rapture than we had ever believed possible?

What role do the global elite play in this ongoing war for the peace, sovereignty and spiritual freedom of humanity?

What happens as the walls of ignorance start to dissolve and we realize that we were never in a prison to begin with?

You’ve waited long enough. Lean in, listen close and get ready to hear The Cosmic Secret!

With a gallery of high-quality, never-before seen CG animations and a relaxing angelic soundtrack, allow yourself to be transported to the future that beckons us all!

Lock in your front-row seat for the online premiere at: