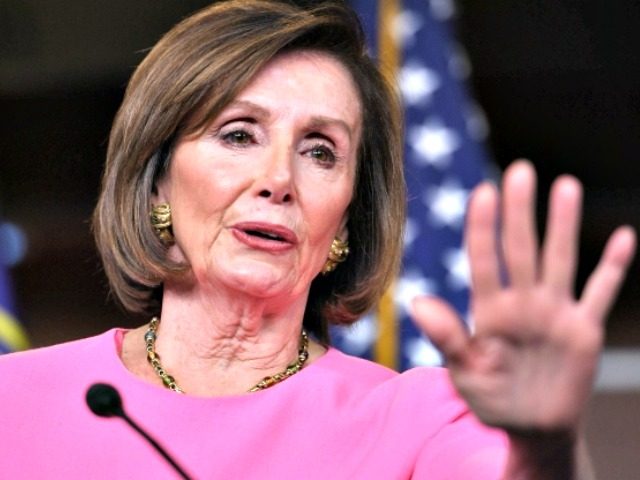 Moderate Democrats are so far resisting the call to support impeachment, even as House Judiciary Committee Democrats double down on efforts to investigate President Trump for impeachable offenses.

The committee is planning to investigate payments former Trump lawyer Michael Cohen made to two women who allege they had affairs with the president more than a decade ago, and whether the investigation into Cohen was obstructed.

The Washington Post, which first reported the plan, called it a “new chapter” in the quest to impeach Trump.

“I would bet that before mid-October, there will be actual articles of impeachment drafted by the committee. I don’t think there’s much doubt about that,” Rep. John Yarmuth (KY) told Politico in an interview this week.

“I’m sure there will be people — the Al Green group writ large — who want the articles of impeachment by Sept. 15,” he said, referring to the Texas Democrat, who has forced several votes on the issue.

Green has said he will try for a fourth time to impeach Trump after members return, according to NPR.

But even as the House Judiciary Committee readies to investigate Trump when Congress returns in a week, a spate of recent reporting shows that dozens of vulnerable Democrats are just not there.

More than 130 Democrats have come out in support of impeachment in some form, crossing the threshold of half the Democrat caucus. However, more than 100 Democrats either oppose or have not clarified where they stand on impeachment, many of them vulnerable Democrats.

Only 13 out of 55 Democrats listed as Republican targets by the National Republican Congressional Committee have come out in support of impeachment.

Fewer than ten out of the 42 Democrats listed in the Democratic Congressional Campaign Committee’s “frontline program” — those most vulnerable in their re-election campaigns — have come out in support of impeachment, according to Time.

Only two out of 31 Democrats who won seats in districts carried by Trump in 2016 have come out in support of impeachment: Reps. Lauren Underwood (IL) and Chris Pappas (NH).

And an even smaller amount — one out of 17 Democrats whose seats are listed as “toss ups” by the Cook Political Report – have come out for impeachment: Rep. Lauren Underwood (IL).

Lauren Underwood just pulled an epic flip-flop and now supports impeachment. According to her own words just two weeks ago, Underwood’s support for impeaching President Trump would ‘look like a power grab’ that ‘leaves her community behind.’ Underwood is caving to pressure from the far-left and supporting impeachment just to please the most extreme elements in her party.

So far, dozens of other moderate Democrats have successfully avoided being pinned down on the topic. According to the New York Times:

Despite the efforts of pro-impeachment activist groups to transform August into a Tea Party-style series of grass-roots revolts that might force Democrats of all stripes to throw their support behind impeachment, the groundswell has yet to reach this politically crucial group of lawmakers in Republican-leaning districts. Instead, they are staying cautious and, in some cases, even trying to avoid mentioning the word, and many of their constituents — even impeachment supporters — appear willing, at least for now, to tolerate that reluctance.

The paper reported that although attendees at a recent town hall for Rep. Elissa Slotkin (MI) pressed her on the topic, “there was little pushback” to her “wait-and-see approach.”

The Huffington Post also reported that “plenty of members” resisting a call for impeachment are “only facing minimal blowback from voters so far.”

Rep. Jared Golden (ME), a freshman elected to a rural district in Maine won by Trump, told a local paper that impeachment is a type of “BS that I think drives the silent majority of Americans absolutely insane,” according to the outlet.

And Politico Magazine described in a recent piece titled, “Mikie Sherill Is Not Feeling the Pressure,” how the New Jersey congresswoman has resisted calls to back impeachment despite being repeatedly asked about the issue at town hall events across the country.

But moderates are not out of the clear yet.

The Washington Post reported that “all eyes” will be on members like Slotkin, who had said she will make a decision about impeachment in mid-to-late September.

She told the Post she will consult other colleagues from similarly moderate districts, whom she calls “the Gang of 10,” when they have dinner the first night they are back in Washington.

However, with only a limited amount of legislative time before the 2020 elections get underway, vulnerable lawmakers will be under pressure to show results before backing impeachment.

“It’s toxic to do impeachment when the House hasn’t passed major, bipartisan infrastructure or drug pricing legislation,” a senior Democrat aide associated with the moderate wing of the party told Time.

“The members who flipped districts red to blue in 2018 campaigned on getting those things done for their constituents. They’re focused on fulfilling those promises and bringing back real results for their districts.”