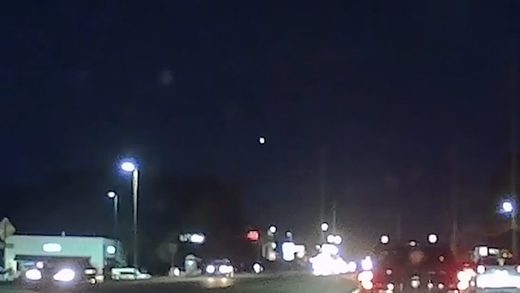 Former Channel 2 reporter and now Cobb County spokesperson Ross Cavitt shared a video of a flash in the sky Wednesday night, from his dashboard camera.

He said it was even more impressive in person.

It was a shooting star. Basically, what that is is a meteor.

“What happens in the atmosphere in space is you have all these space rocks, debris just kind of orbiting around Earth’s atmosphere. Then sometimes they get pulled down into the atmosphere,”​Severe Weather Team 2 Meteorologist Brian Monahan said.

As it moves through the atmosphere, it rubs up against friction. It heats up, it glows, it eventually burns up and doesn’t reach the ground in the case of a meteor.

“What you get is that bright, brief shooting star look in the sky that we caught last night over Cobb County,” Monahan said. “It only lasts just seconds in the sky.”

Comment: The American Meteor Society received 39 reports of this fireball. It was also seen in North and South Carolina, Tennessee, Virginia and West Virginia.