Our society is literally in a death spiral, but nobody seems to have a way to stop it 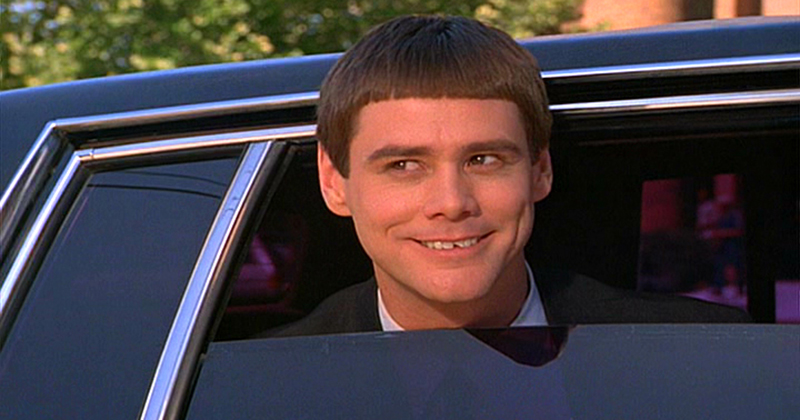 How in the world is America supposed to remain “the greatest country on Earth” when other nations are absolutely running circles around us when it comes to education?

As you will see below, one survey found that 15-year-old students in China are almost four full grade levels ahead of 15-year-old students in the United States in mathematics.  This is one of the most damning indictments of our education system that I have ever come across, and it is yet another clear indication that what we are doing is simply not working.  Our children are not being given the tools that they need to compete in our modern society, and we have only ourselves to blame.

Perhaps you are thinking that the survey must be flawed somehow.

Well, this wasn’t some fluky survey that was only given to a handful of students.  Every three years, the Program for International Student Assessment evaluates 15-year-old students all over the world in a variety of subject areas, and in 2018 approximately 32 million students participated…

The Programme for International Student Assessment (PISA) is a survey given to 15-year-old students around the world every three years, which tests the core subjects of reading, mathematics, and science. In 2018, 79 countries and economies participated, representing about 32 million 15-year-olds.

When your sample size is 32 million students, I think that it is safe to say that the results of the survey should be taken seriously.

David Icke joins The Alex Jones Show to expose the technological take over and how human thought will be a tragic casualty.

And what the survey discovered is that U.S. students continue to fall behind in math.  In particular, we have fallen way, way behind the Chinese.  The following comes from Psychology Today…

There is no excuse for the US when students in Beijing-Shanghai-Jiangsu-Zhejiang (B-S-J-Z) performed near four grade levels ahead of US students in mathematics.

In addition, the survey also discovered that the “most disadvantaged” students in China actually performed on par with the average U.S. student…

“The 10% most disadvantaged students in Beijing-Shanghai-Jiangsu-Zhejiang (B-S-J-Z) or in Macao or Estonia… those students actually do as well or better than the average student in the US. So clearly some countries do better with their disadvantaged students, where you see less variability with students from the most privileged backgrounds,” said Andreas Schleicher.

What in the world has happened to us?

We used to have the best education system in the entire world, but now we have become a nation of drooling idiots that can’t even think straight.

Let me give you an example.  According to Fox News, a police officer in Los Angeles was recently caught sexually fondling a dead woman by his own body-cam…

The veteran Los Angeles cop, who is assigned to downtown’s Central Division, was caught on his own body-cam footage allegedly fondling the dead woman, and his supervisors have reviewed the video, according to the Los Angeles Times.

The alleged incident took place when the LAPD officer and his partner responded to a call about a possible dead woman in a residential unit, the newspaper reported, citing sources.

That is dumb on so many levels, and now that police officer’s career is over.

Let me give you another example of how dumb we have become.  South Dakota has decided to crack down on the meth epidemic in their state, but unfortunately not a lot of thought was put into the advertising slogan for the campaign…

The state of South Dakota has a new anti-drug campaign, but its slogan is raising eyebrows.

Which could be taken the wrong way.

Of course it is much dumber to actually be on meth.  Approximately 24 million Americans have taken an illegal drug within the last 30 days, and it is getting worse with each passing year.

I know that I am being very hard on the United States in this article, but there is no excuse for what has happened to us.

We were once a great light to the rest of the world, but today a large chunk of our population can barely read, write, speak or function in society.  Just consider the following numbers…

#1 One recent survey found that 74 percent of Americans don’t even know how many amendments are in the Bill of Rights.

#2 An earlier survey discovered that 37 percent of Americans cannot name a single right protected by the First Amendment.

#3 Shockingly, only 26 percent of Americans can name all three branches of government.

#4 During the 2016 election, more than 40 percent of Americans did not know who was running for vice-president from either of the major parties.

#5 North Carolina is considering passing a law which would “mean only scores lower than 39 percent would qualify for an F grade” in North Carolina public schools.

#6 30 years ago, the United States awarded more high school diplomas than anyone in the world. Today, we have fallen to 36th place.

#7 According to the Pentagon, 71 percent of our young adults are ineligible to serve in the U.S. military because they are either too dumb, too fat or have a criminal background.

#8 For the very first time, Americans are more likely to die from an opioid overdose than they are in a car accident.

#9 One study discovered that one-third of all American teenagers haven’t read a single book in the past year.

#10 A recent survey found that 45 percent of U.S. teenagers are online “almost constantly”.

#13 In more than half of all U.S. states, the highest paid public employee in the state is a football coach.

#14 During one seven day period last summer, a total of 16,000 official complaints about human feces were submitted to the city of San Francisco. And apparently the problem is very real because one investigation found 300 piles of human feces on the streets of downtown San Francisco.

#15 Every 24 hours, more than a third of all Americans eat fast food.

#16 Less than half of all Americans know which country used atomic bombs at the end of World War II.

#18 Today, the average college freshman in the United States reads at a 7th grade level.

Are you convinced yet?

As a society, we have become exceedingly “dumbed down”, and we can even see this at the highest levels of our government.  Just take a look at some of the people we have representing us in Congress.  If George Washington, John Adams and Thomas Jefferson were alive today, what do you think that they would make of our current crop of politicians?

When our founders spoke, their language was so elegant.  But of course we couldn’t have politicians speak to us that way today because nobody would be able to understand what they were saying.

Our society is literally in a death spiral, but nobody seems to have a way to stop it.

Educating our children properly is one of the most basic things that needs to be addressed, but unfortunately the left has total control of our public schools now, and that means that there is no hope of a major turnaround any time soon.