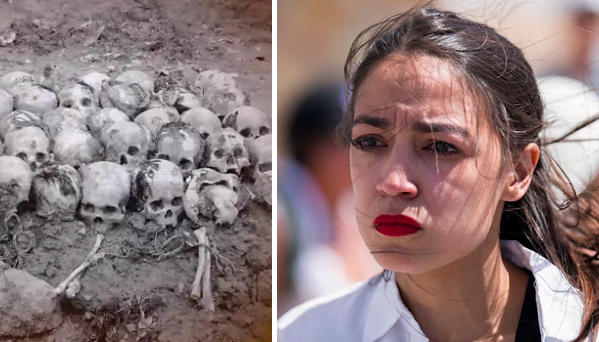 A Cambodian-American whose anti-socialism ad triggered Rep. Alexandria Ocasio-Cortez has hit back after the Democratic Socialist called it a “love letter to the GOP’s white supremacist case.”

Elizabeth Heng, founder of New Faces GOP, ran the 30-second ad during Thursday’s Democratic presidential debate. It begins with a picture of AOC which burns away to reveal images of the Cambodian genocide while Heng narrates.

Instead of addressing the merit of Heng’s ad, Ocastio-Cortez played the race card.

“Republicans are running TV ads setting pictures of me on fire to convince people they aren’t racist,” tweeted the freshman lawmaker, adding “Life is weird!”

Know that this wasn’t an ad for young conservatives of color – that was the pretense.

What you just watched was a love letter to the GOP’s white supremacist case. https://t.co/zvp1EB02c5

AOC’s fellow “Squad”-mate Rep. Rashida Tlaib (D-MI) was similarly triggered by the ad, calling “The mere act of burner her image” a “display of violence.”

“Folks need to stick to facts & policy positions,” she added – perhaps unaware of the irony.

Heng – a former staffer to California GOP Rep. Ed Royce (who lost a state House race during the last cycle), hit back – saying in a statement “This ad is about fighting the socialist agenda that has taken over the Democratic Party,” adding “I am not afraid to engage in a debate of ideas, and it is the AOC extremists that have to resort in name calling because they don’t have real solutions for our country.”