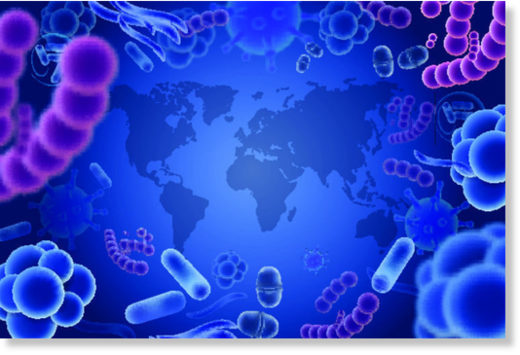 Ever wonder, if your town or state was slammed with an epidemic, what you would do? Where you would go if you could even get out? What if the whole planet was affected by a global pandemic?

Remember that an epidemic affects, or tends to affect, a disproportionately large number of individuals within a population, community, or region at the same time, while a global pandemic is an epidemic of disease that’s spread worldwide. I’ve personally noticed a lot of reports and articles lately on the likelihood of a very real possibility of a coming global pandemic. I take that to mean it’s either just a new focus to the ‘fad’ of prepping or that more people are paying attention; hopefully the latter. In either case, it appears to be a very real, and close, threat.

Are there any safe places to go during a global pandemic?

In a recent article written by Matt Boyd and Nick Wilson and posted in Risk Analysis, the official journal for the Society of Risk Analysis, right up front you read that it’s “suggested to rank island nations as potential refuges for ensuring long-term human survival in the face of catastrophic pandemics” or other possible threats. In fact, in the introduction of the article is the suggestion that the risk of human extinction is most likely rising and could be driven by factors like weapons of mass destruction, artiﬁcial intelligence, and biotechnology. Of course, we knew this already.

The concept of ‘escaping’ to island nations is not one that’s been systematically explored though, at least where the common citizen is concerned, as authors Alexey Turchin and Brian Patrick Green point out in their own work, “Islands as Refuges for Surviving Global Catastrophes“, written in April 2019. “The possible use of islands as refuges from social collapse and existential risks has not been previously examined systematically.” It is also stated that the protection an island could afford could be increased if it was used as some sort of base for nuclear vehicles with possible underground bunkers. Maybe I was born yesterday, but as I sit here, I see the idea of looking for safe places to escape to exploding around me. Just a day ago Fox News discussed which countries are safest havens in a global pandemic, less than a day ago Newsweek noted the places on earth where you could possibly survive a global pandemic, and Science Alert declared just two days ago the safest places a person can be in such an event.

Maybe it’s all due to Boyd and Wilson’s publication that New Zealand, Australia, and Iceland could act as islands of refuge for humankind in the event of a catastrophe. Or maybe it’s because the World Health Organization established a Global Preparedness Monitoring Board (GPMB) who recently released its first-ever annual report saying the world isn’t prepared for a pandemic. On Sun, September 22, 2019, in New York, NY, the first report on the state of the world’s preparedness for health crises was given. In this report, A World at Risk, the GPMB discussed the “urgent actions needed to prepare for and mitigate the effects of the next global health emergency”. Is it possibly becoming clear to everyone else what we’ve known for a while? Perhaps, but I don’t think we have time to bask in our validation.

The National Academy of Medicine, whose president, Victor Dzau, is also a board member of the GPMB, remarks on the report quoting (it) “..highlights that an outbreak equivalent to the 1918 influenza pandemic could kill an estimated 50 to 80 million people, spreading around the world in less than 36 hours and wiping out nearly five percent of the global economy.”

Preparedness is hampered by the lack of continued political will at all levels. Although national leaders respond to health crises when fear and panic grow strong enough, most countries do not devote the consistent energy and resources needed to keep outbreaks from escalating into disasters. (source)

Is a global pandemic right around the corner?

And so here we are, the world scurrying around in no particular direction except to state that there are places we can go; like New Zealand, Australia, and Iceland. I wonder what the citizens of these island nations are thinking at the moment… The National Institute of Health came up with a similar but perhaps opposite view that suggests protecting island nations from extreme pandemic threats with border closings. Now wouldn’t that be a novel idea…

As just about everyone has heard and read by now, we don’t know when, and we don’t know exactly what, but we know that a global pandemic is coming. So, other than reserving a spot on an island somewhere, what can we do? Not only do we have the old diseases to contend with, but now we have SARS, MERS, Ebola, West Nile, Zika. EEE – where will it end? As Daisy Luther notes in “Are You Prepped For A Pandemic?“, it’s one thing to have a virus going around; quite another for a pandemic.

It isn’t like The Walking Dead, where suddenly 80% of the population is affected overnight. With a pandemic, you hear a little hum about it before it gets bad. The World Health Organization makes some flyers, reports are given, and there is a mention on the evening news. But, generally speaking, officials are stingy with information because they don’t want to “start a panic.” This means that the judicious prepper needs to pay close attention when new viruses begin to be mentioned.

This, in my opinion, means all this ‘official’ talk of glooming pandemics and running away to islands could indicate something is amiss, and somebody in higher places than me knows about it. OR, there’s some sleight of hand going on. Either way, I plan on being prepared.

In 2009 the Swine Flu pandemic covered the United States and we were caught off guard. I don’t think anyone else was very prepared either, as it was later noted that it possibly killed up to 203,000 people worldwide — 10 times higher than the first estimates based on the number of cases confirmed by lab tests, according to Science Daily. That doesn’t seem like many when compared with other pandemics, but it was quite enough for me when my youngest son was diagnosed with it. Thankfully, despite being his only caretaker during that period, I didn’t get it, but it had nothing to do with being prepared. All I could do was lock the doors, nobody came in or out (my husband was over the road), both my son and I wore dust masks when in the same room (which I doubt helped more than a tiny bit) and I used generic zip-lock baggies on my hands to remove snotty tissues and eating/drinking utensils. All in all, I think the world was lucky to get off as easily as it did. This was back before I knew much about prepping for illnesses and/or epidemics or pandemics. Now I look back at is like a trial by flu, so to speak, and have since upped my preps.

How does one prepare for something like a pandemic?

You have to keep your head on a swivel and your ears open to as many whispers as you can. That’s a tall order, but it may be the first step in being prepared. Of course, we can’t catch everything and are bound to be caught off guard at times, but most illnesses have symptoms. We can prep for the symptoms and plan for the worst. As soon as we hear the first news report or read the first article, we need to begin preparing (if we haven’t already).

What do we need? Some items could be:

These are just items off the top of my head – you may think of several more. The key is to have what your family would need in that situation, and enough of it to last for a while. Once my son was diagnosed with Swine Flu I could not, in good conscience, having been exposed myself, stop at any store to pick up items on our way home from the doctor, but instead, I took him straight to the house. Antibiotics were delivered to my porch later that day as he also had a secondary infection.

Disclaimer: I am not a healthcare professional of any kind. These suggestions are just that; suggestions, and are based on my own experience and not on any type of formal training or study.

I’m going to mention The Organic Prepper’s article “Are You Prepped For a Pandemic” again, as it not only goes into detail on how to set up a sick room but also mentions some scenarios that maybe we haven’t considered.

Other works to get tips from: