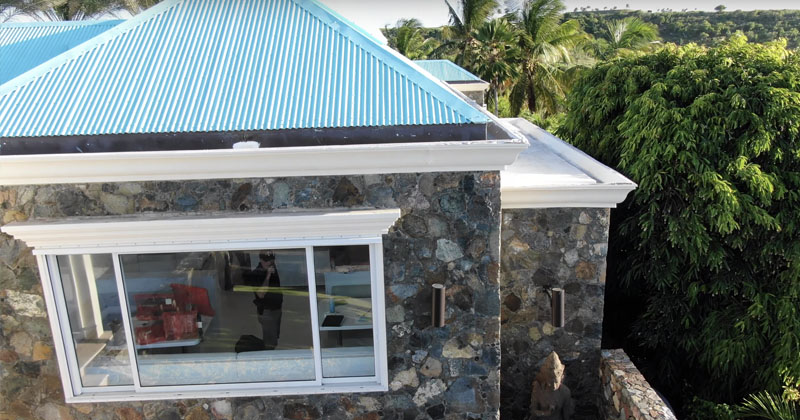 The FBI and NYPD did their best to hide their activities from a rogue drone that observed their raid of billionaire Jeffrey Epstein’s “Pedophile Island” on Monday.

FBI agents scrambled to cover a window with cardboard boxes and blankets when they noticed a drone, which had been periodically documenting Little St. James for several weeks, watching them from outside.

The drone, whose operator is unknown, has extensively documented many aspects of the island since Epstein’s arrest, including a bizarre giant sundial outside his mysterious “temple,” and even night time footage of the island.

Additionally, the drone even managed to spot discrepancies within the compound, including apparent missing computer equipment removed days before the FBI raid.

Maintenance crews of some kind were also seen on Little St. James less than two weeks before the raid.