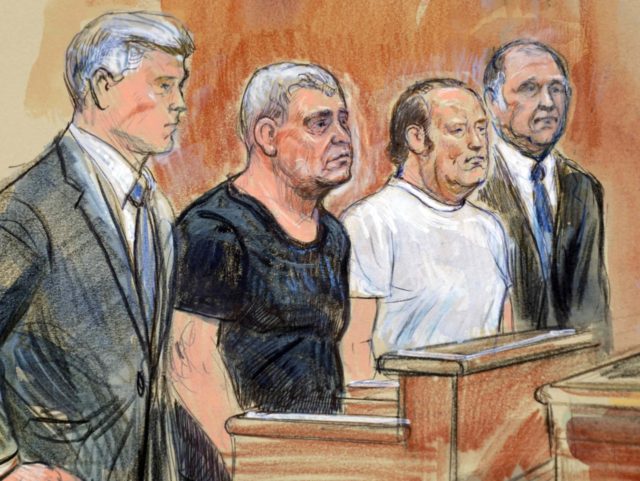 CLAIM: The indictment Thursday of two businessmen with ties to Rudy Giuliani was related to President Donald Trump’s July 25 phone call with the President of Ukraine, which is now the subject of an “impeachment inquiry.”

VERDICT: False. The indictment was related to campaign finance violations that were reported in July 2018 — before the so-called “whistleblower” reported the call — and had nothing to do with the subject of the “impeachment inquiry.”

On Thursday, federal prosecutors in the Southern District of New York unsealed an indictment against four U.S. citizens, three of whom were born abroad. Two of them, Ukrainian-American Lev Parnas and Belarussian-American Igor Fruman, are political neophytes who are accused of passing campaign contributions from a foreign donor to pro-Trump organizations through a fictitious company. They also made other fraudulent individual contributions to politicians they hoped to influence “so as to advance their own personal financial interests and the political interests of Ukrainian government officials, including at least one Ukrainian government official,” the indictment reads.

It is believed that these two businessmen were involved in Giuliani’s efforts to investigate the conflict of interest by former Vice President Joe Biden, whose son Hunter was a paid board member of a Ukrainian oil and gas company.
But the indictment does not mention the Giuliani investigation at all. Nor does it mention the Ukraine call itself.

The only thing the indictment and the phone call share in common is a mention of the effort to replace the former U.S. Ambassador to Ukraine. Paras and Fruman allegedly hoped donations to a “Congressman-1” — later identified in media reports as former Rep. Pete Sessions (R-TX) — would influence him to ask the administration to replace the ambassador. In a statement, Sessions said he approached the State Department, but not because the businessmen asked him to: rather, he said, he was informed by other colleagues that the ambassador was trashing the president.

In the White House transcript (or “readout”) of the Ukraine call, the president refers to the ambassador having been removed already, adding that she was “bad news,” as were the “people she was dealing with in the Ukraine.”

So whatever Parnas and Fruman were doing about the ambassador happened long before the Ukraine call. Likewise, their campaign contributions happened before the call: a watchdog group filed a complaint with the Federal Election Commission (FEC) about Parnas, Fruman, and two unnamed “John Doe” co-conspirators in July 2018, a full year before the phone call between Trump and the new president of Ukraine, who would not be elected for another year.

Yet here is how the Associated Press explained the indictments Thursday: “The indictment contained the first criminal charges stemming from a July 25 phone call in which Trump asked Ukraine’s leader to dig up dirt on Democratic foe Joe Biden and his son.” First of all, Trump did not ask Ukraine’s leader to “dig up dirt.” At the end of a long list of other requests, Trump asked him to work with the U.S. Attorney General and Giuliani to “look into” the circumstances in which Biden had the prosecutor fired while he was apparently investigating his son’s company.
Second, the charges do not “stem” from the July 25 phone call. They appear to be independent.

One final note: the Southern District of New York has done this before, indicting former Trump lawyer Michael Cohen during the Russian “collusion” investigation.

The media jumped to the wrong conclusions then. They are doing so again today.