A BuzzFeed senior reporter who accused Zero Hedge of ‘doxing’ a Chinese scientist has reportedly left a disturbing internet footprint rife with pedophilia and rape jokes… oh, and doxing the owners of a restaurant. 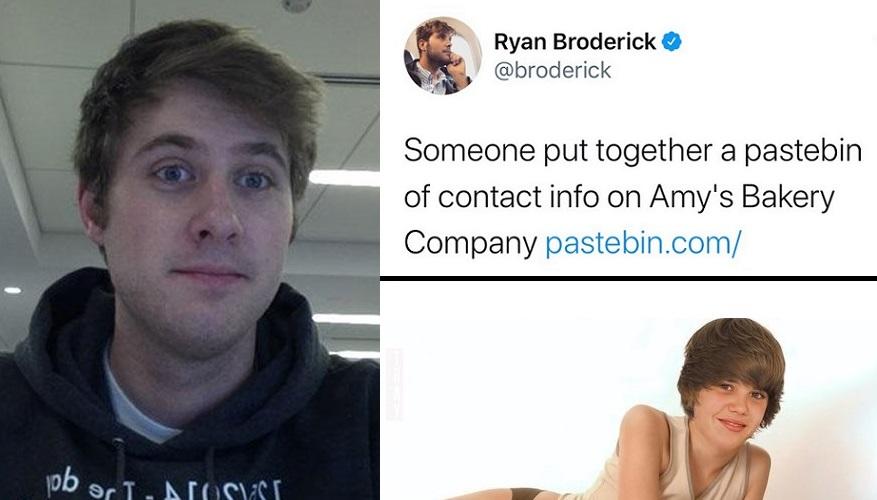 Ryan Broderick, a boy-band aficionado  who runs a personal tumblr blog, wrote in a Friday BuzzFeed article that Zero Hedge “has released the personal information of a scientist from Wuhan, China, falsely accusing them of creating the coronavirus as a bioweapon, in a plot it said is the real-life version of the video game Resident Evil.” (for what really happened read our response here).

After his ‘hit piece‘ was published – which included factual mistakes, no outreach to Zero Hedge, an intentional doxing of Zero Hedge, the @zerohedge Twitter account was permanently suspended for violating their ‘abuse and harassment’ policy. Shortly thereafter, Broderick updated his article, writing “Zero Hedge’s Twitter account was suspended Friday, following the publication of the scientist’s name.”