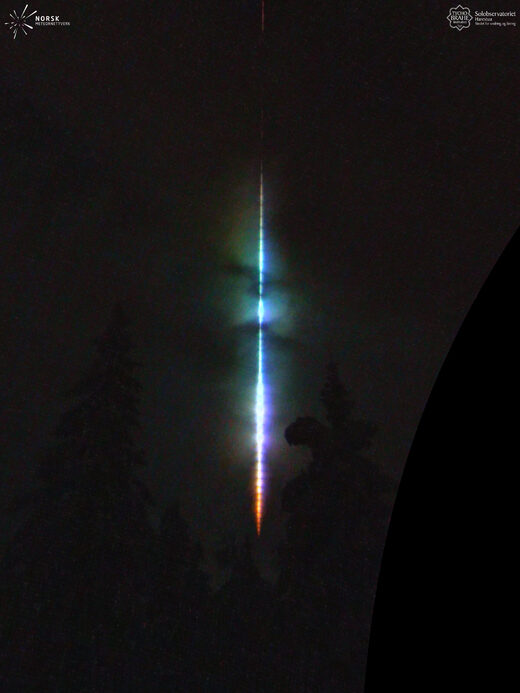 On the night of 5 January 2021 at 00:21:38, a large meteor fireball lit up the sky over Eastern Norway reports the Norwegian Meteorite Network, and may have produced meteorites.

According to the Norwegian Seismic Array (NORSAR) website infrasound stations on Løten registered signals from the meteor which was heard by people living in Ullensaker.